Home About WCPFC
A
A
A 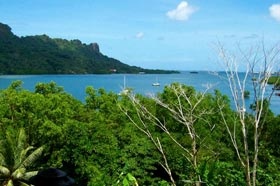 The Western and Central Pacific Fisheries Commission (WCPFC) was established by the Convention for the Conservation and Management of Highly Migratory Fish Stocks in the Western and Central Pacific Ocean (WCPF Convention) which entered into force on 19 June 2004. The Convention was concluded after six years of negotiation which commenced in 1994. The period between the conclusion of the Convention and its entry into force was taken up by a series of Preparatory Conferences that laid the foundations for the Commission to commence its work.

The WCPF Convention draws on many of the provisions of the UN Fish Stocks Agreement [UNFSA] while, at the same time, reflecting the special political, socio-economic, geographical and environmental characteristics of the western and central Pacific Ocean (WCPO) region. The WCPFC Convention seeks to address problems in the management of high seas fisheries resulting from unregulated fishing, over-capitalization, excessive fleet capacity, vessel re-flagging to escape controls, insufficiently selective gear, unreliable databases and insufficient multilateral cooperation in respect to conservation and management of highly migratory fish stocks. A framework for the participation of fishing entities in the Commission which legally binds fishing entities to the provisions of the Convention, participation by territories and possessions in the work of the Commission, recognition of special requirements of developing States, and cooperation with other Regional Fisheries Management Organizations (RFMO) whose respective areas of competence overlap with the WCPFC reflect the unique geo-political environment in which the Commission operates.